i got the name in the mid 1990s.. one day i put my name ‘simon berridge’ into a programme on someone’s computer that generated anagrams. out popped ‘semi bordering’, ‘negroes midrib’, ‘dingier sombre’ and ‘singer bromide’. that’ll do i thought.

at the time i had a part-time job at a magazine selling ad space and had met a kind of music mentor there who was busy introducing me to a whole degree course of amazing music – patti smith, husker du, sonic youth, mark eitzel, dinosaur jr, flaming lips, the replacements. following the example of patti smith who’d put out her own debut single he encouraged me to do the same.. i immediately rang a studio and booked some time.

i dragged in anyone i could to record with me including waterboys sax blower anthony thistlethwaite who my then girlfriend had befriended while busking in prague. the whole thing was done in about a week and at the end of it the obvious thing to do was start a label and self-release it. i managed to get distribution and through that met a press guy, billy reeves who took pity on my budget-less state and kindly gave me a list of people to send it to. ‘iscariot heart’ was released in february 1997.

“A bedroom mini classic that harks back to Kevin Ayers, discovers Sonic Youth and has chronic lovesickness to spare’ Evening Standard

“Mainman Berridge has an ear for a canny tune and a keen lyrical eye for detail. Front that with his Ray-Davies-meets-Lloyd-Cole crooning and you’re onto a winner”  The Big Issue

bromide then became a 3-piece band. i’d put an ad in melody maker for a drummer and someone called ed lush replied, mainly cos i’d listed ‘the day today’ as one of my influences.. i knew bass player john morrison through another band he was in called ‘rhatigan’. he added bromide to his timetable and we started gigging. it felt good. other people including the odd journalist seemed to agree and we started getting encouraging reviews. that june we put out a single ‘fool in my brain’ – listen here

unfortunately this line-up was short lived due to bass player john’s growing commitments with another of his bands hefner, who’d recently signed to too pure. we found a temporary replacement and put out an ep in early 1998 ‘if all your dreams come true where are you going to sleep’ but somehow the magic had gone and we folded soon after.

by this stage i was heading towards a more acoustic sound and put together a line-up featuring my cousin james hitchins on double bass and dutch journalist menno visser - who’d initially just wanted to do an interview but got more than he bargained for - on keyboard and sax. in 2001 we released a home recorded album ‘no.space.anymore.even.inbetween.words’ but this time the reviews weren’t so good.. ‘coldplay and starsailor can rest easy’ said Q magazine and soon i was shifting my attentions to running the label and driving around a bunch of feisty south londoners i’d just met called ’the rocks’.

i saw ‘the rocks' perform more than a hundred times over the next few years.. some of the most entertaining gigs i’ve ever seen. it felt good to be on the other side of the fence and in a way gave me the energy to carry on with my own music - plus i was still in touch with drummer ed and in 2008 put out another home recorded bromide album which he’d produced - ‘the trouble with.. bromide’.

then in 2012 ed and i went back into the studio for the first time in 15 years with ex-gay dad bass player and producer nigel of bermondsey to record ‘some electric sometime’..

"Musically upbeat, but lyrically bruised fabulous first studio album in fifteen years from Bromide.. captures the momentary nature of life, and does so magnificently" pennyblackmusic.co.uk

“Bromide’s songs have a relaxed storytelling style, they’re not in a hurry to impress, happy to await their election into the hall of fame.. They exist in the margins where all the interesting notes are made.” americana-uk.com

this was still really a solo record, but with nigel filling in on bass it opened the door for me and ed to start playing together again as a band and also brought me back to the les paul. the final piece in the puzzle also came via nigel - bass player hugo wilkinson played live with nigel sometimes and it turned out was also up for playing with me and ed and so electric bromide was back.

in 2014 we spent 6 days in bark studios with producer brian o’shaughnessy who’s production talents i’d discovered via another scratchy band – jonny cola & the a-grades. brian nailed our sound in about 40 minutes at the end of the third day i seem to recall and in january 2015 we released our new album ‘i remember’. 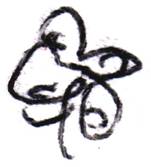